James Blane North.  That was his name.

He was my great-great uncle: beloved son of John and Helen, brother to eleven siblings, friend to many - and he was keen to play his part in the Great War.

So, he signed up in October 1914 alongside many of his pals from the south side of Glasgow, and believed that he was serving his country and his King – and having an adventure too.  “It’ll be over by Christmas” they said.  Only it wasn’t.

Winston Churchill, First Lord of the Admiralty, had believed that taking control of the Dardanelles – a sixty-mile strip of water which separates Europe from Asia, in the territorial waters of what is now Turkey – would help end the wider war, by capturing Constantinople and forcing Ottoman troops to abandon their German Axis comrades.  Churchill was wrong.  The Ottomans ferociously defended their land and their coastline and drew Allied troops into a bloody – and ultimately futile – campaign, which began in February 1915 and lasted until the Allies retreated in January 1916.

Jimmie, as the family called him, underwent basic training at Blandford in Dorset in early 1915 and was granted home leave in late April, from Saturday 24th morning to Monday 26th night - only a few days back in Glasgow, but it was precious time spent with family and friends.

Once he returned to service he wrote to his brother Andrew – who had emigrated to Canada - on 23rd May, worrying that his brother Bob and sister Nellie had both had “a pretty hard time of it during the winter”; neither was in good health and they both struggled to stay well. The house had been crowded with folk all weekend; so much so that on the Monday night, just before he left, he noted that

“you could hardly find the room to sit down.  I never thought there were so many people who took an interest in me and I felt really overwhelmed at this kindness”.

But Jimmie was having a swell time out on the ocean blue; he was excited to finally be heading to where the action was and doing his bit for his country.  When he wrote his letter home, although he couldn’t say exactly where was, he could describe the conditions and the views.

“After the first two days, the sea became a bit more kind and by the time we came within sight of land again the weather was magnificent.  We only anchored for a few hours at our first port…

“I was very much taken with our next port.  We arrived early in the morning and even though it was about 6 a.m., it was not long before we were surrounded by… boats selling fags and chocolates.  They were not allowed on board but they still managed to do a good business by means of a piece of string with a basket on the end let down through the port holes.  Then there were a number of diving boys who dived for pennies thrown overboard.

“We are now within a day’s sail of our destination which I am not allowed to disclose.  However, likely long before you get this letter I will be in the thick of it… I suppose things with you out there will be somewhat similar to what they are at home, somewhat dull.  The war does not show very many signs of being finished yet… Of course by this time I have got used to the conditions and will, I believe, be able to keep my end up.  Hope you have got over your seedy tum and are keeping well as this leaves me.

It was the last his family ever heard of him.

Jimmie died on 2nd July 1915 on the landing beaches of Galliopoli in the Dardanelles strait, alongside so many ANZAC troops who perished there.  He was 21 years old. He is buried at the Lancashire Landing Cemetery on Gallipoli, with a simple inscription: “Remembered with Honour”.

His siblings, about whose health he had been so concerned, also died early: his brother Bob died of tuberculosis later in 1915; his sister Nellie died of the same disease in 1919.

He was Able Seaman James Blane North of the Hawke Battalion - Royal Navy Division, Royal Navy Volunteer Reserve – and we will remember him.

We will remember them. 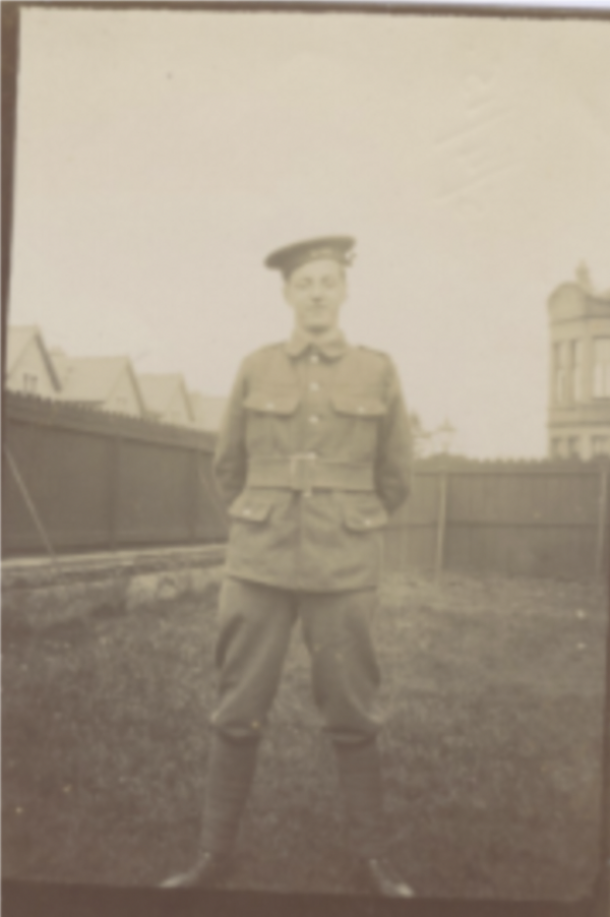